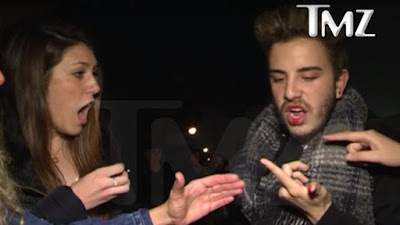 The 22-year-old artist punched the fan through the open window of his car.

A video acquired by TMZ shows that the enthusiastic fan tried to grab the singer as he arrived for his Purpose Tour concert Tuesday night at Palau Sant Jordi in Barcelona.

The video shows that the fan leaned towards Bieber from the moving car window to grab him and within no seconds the singer punched him in self-defence.

After the car left the vicinity, onlookers came to help the fan, whose lips and teeth were covered in blood.

This is not the first time Bieber got into an altercation with someone or his personal space became an issue.

Last week, when he was in Prague, Czech republic, a fan pulled down his pant. His bodyguard had to step in and immediately rushed him into the car.