Kim Kardashain rushes to the side of her hospitalized husband 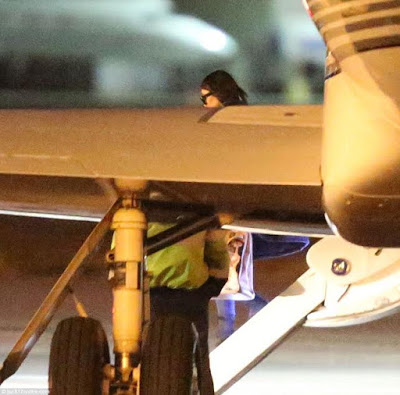 Kim Kardashian jetted back to L.A. after her husband Kanye West was hospitalized for his own safety after allegedly suffering a psychotic breakdown. His family say it's for exhaustion.


The rapper was reportedly put under psychiatric evaluation' at UCLA Medical Center in Los Angeles on Monday. This was after he axed the 22 remaining dates of the U.S. leg of his Saint Pablo tour.

Kim who was in New York, jumped back on a plane to Los Angeles after the news of her husband's hospitalization. She was later spotted disembarking a jet at the Van Nuys Airport, in Los Angeles on Monday night, climbing into a car that was presumably taking her to the hospital.