Kris Jenner warns Kim not to get pregnant again 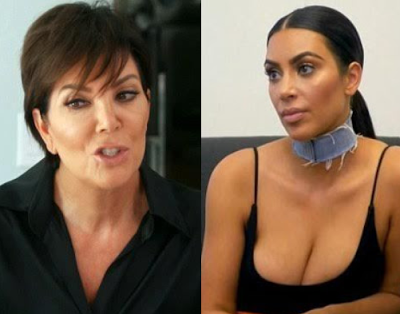 In the latest episode of Keeping Up With The Kardashians on E!, Kim Kardashian, 36, was warned by her mother Kris Jenner to avoid trying to give birth naturally again. 'You could bleed to death,' said Kris, especially since Kim had traumatic pregnancies and births thus far.


The mother of two, North and Saint West, insisted that she would like to have a third child and visited a doctor to see if her body could handle another pregnancy.


However, Kim was warned about the serious risks involved. The doctor warned her about 'postpartum hemorrhage' and suggested that she should use a surrogate instead.

Her sister Kourtney agreed with the Idea of a surrogate. Kourtney told her that if she used a surrogate 'no one would have to know'. 'You could have a baby for an entire year and no one would know.
at 3:34 PM