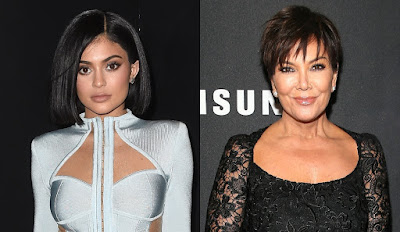 OK! Magazine is reporting that Jenner has now waved bye bye to Kris being her manager and has allegedly made the decision to fire her mom as she attempts to expand her successful Kylie Cosmetics beauty line.


“[Kylie] was grateful to her mother for pointing her in the right direction, but she decided to leave her behind so that she could do this on her own,” a source told the site of Kylie’s alleged decision to fire her mom, though neither Jenner has officially confirmed that they’ve parted ways in the business world.

The site then went on to claim that the big reason Jenner decided it was time to part ways with Kris, dubbed her “momager,” is because she felt her mom was supposedly taking too big of a cut of her profits now that Kylie Cosmetics is becoming so successful.

“Kylie had to fire her because she was not about to let Kris get a cut of her hard work,” OK! Magazine’s Kardashian insider said, “especially since Kris has been so focused on her other daughters now.”

But while the Jenners are yet to speak out on the reported shakeup, the site also revealed that there could be even more changes coming in the Kardashian and Jenner camp.

According to the site’s inside source, Kylie could actually also be gearing up to leave the family reality show Keeping Up with the Kardashians in order to focus on her growing beauty empire, which already features lip kits and eye shadow palettes.

The latest reports claiming that Kylie Jenner has now taken the step to fire Kris Jenner as her manager come just days after claims suggested that things may have gotten seriously frosty between the mother and daughter duo over Kylie’s boyfriend of two years, Tyga.

According to the Radar Online, Jenner has no time for Tyga and is now putting her foot down when it comes to Kylie’s long-time boyfriend.

“She’s just not comfortable with having him around,” a Kardashian source recently admitted of how Kris really feels about Tyga, who is the father of Blac Chyna’s, her soon-to-be daughter-in-law, first child King Cairo and seven years older than 19-year-old Kylie.

“Tyga pushes Kris’s buttons like nobody else,” continued the insider of Kris’s feelings towards Tyga, adding that Jenner has actually “gone out of her way” to let both Kylie and Tyga know that he’s not welcome to attend Kardashian parties.

“[Kris is] unable to hide her contempt for him,” the site added amid the feud rumors, “especially after a few drinks.”

In Touch Weekly also alluded to feud drama between the two this month, recently reporting that Kris is so done with Tyga that she’s allegedly been teaming up with Caitlyn Jenner in an attempt to get their daughter to dump the rapper.

A source revealed that both Kris and Caitlyn are worried that Kylie has been spending all her hard-earned cash on dating the up and coming rapper and told the magazine that both are allegedly growing increasingly worried that if Kylie continues to spend her money the way that she has been doing, that the social media star will have nothing left, despite her booming cosmetics business.

The Kardashian source claimed that the Jenner’s plan to breakup Kylie and Tyga has caused some tension between themselves and their daughter, which could suggest a feud may be brewing within the Jenner household, but noted that Kris and Caitlyn “just want her to be smart with her money” and not spend it all on her boyfriend.
at 4:30 PM