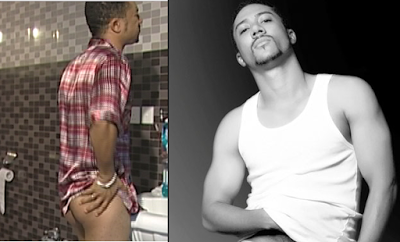 Fans of the Majid Michel will not be seeing raunchy scenes of the actor in movies anymore after he turned into a minister of God.

The Ghanaian actor who is dwelling in his new found faith, having attended several churches preaching and performing wonders, will now be regulating whatever roles he would be given to act in movies.

Speaking with Hitz FM in an interview, the actor who intends to propel the viewer’s spirit by impacting good morals in them said:

'You will not see my buttocks, you will not see sexually explicit scenes, you won’t hear bad language but you will identify things that will propel your spirit to somewhere great. Basically we will reduce all the explicit scenes you used to see. I’m going to regulate whatever provokes the emotions of man, be it sexually or any negative way. I won’t stop being bad in movies but I will regulate the kind of bad scenes you will see.’
at 10:25 AM