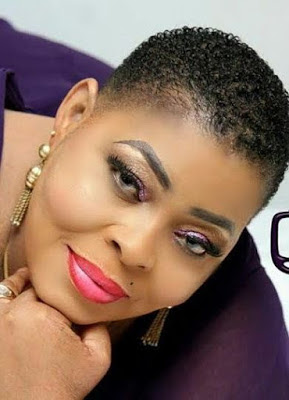 Yoruba actress, Toyin Adegbola is one actress that has graced the big screen of Yoruba movies for several years and has won the hearts of several movie fans.


The 54-year-old actress who lost her husband some years ago has given hints that she might give love a chance if she finds a responsible man.

Toyin Adegbola has done an commendable job on herself and as a mother she has trained her children to an enviable stage; all of them are Masters degree holders and they are also doing well in their own chosen fields.

Despite all the success she’s had in her career and training her children, fans have asked whether she will get married again and in a recent interview revealed her stand on marriage.

“You know at the initial stage I felt there is no man I will marry and would not want a child or two from me. And that I was sure couldn’t do because I love my children so much and the only thing I can do to make their late father happy is give them the proper care a mother could give her children on earth.

That I have been able to achieve, as they are now grown up and they all have Masters degree in their academic pursuits. So, I think my fear is over and I can now remarry if a serious suitor comes my way. Maybe someone that just needs a life partner or something. You know am above 50 now”, she said.
at 1:57 PM