5 Ways To Get Rid Of Smart Phone Addiction 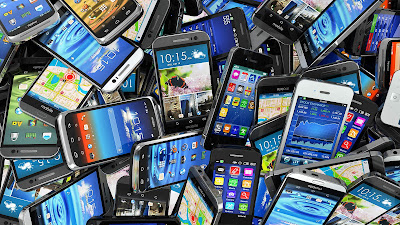 Today, there is actually a term for those who live with the fear of being without their smartphones – Nomophobia.


For those who feel like they are too dependent on their smartphones, maybe it’s time to take a break and start paying attention towards the better things. While a smartphone is an essential daily gadget in today’s world, it’s not something that one should be addicted to. With that, we present you some ways by which you can get rid of your smartphone addiction

2. Limit smartphone usage
Now by this, we don’t mean that one should decide to not check their smartphones more than 20 times a day. But what can be done is to fix particular times when the device would be used and when it wouldn’t be. For instance, it’s advisable to keep smartphones away during meals or social gatherings.

3. Get rid of unnecessary apps
Social media apps like Facebook and Twitter are not absolutely essential on smartphones. This may sound like an impossible idea, but you can really do without them. The list of unnecessary apps is endless. This not only frees up time that can be utilized better, but also releases the device’s storage.

4. Turn phone off before going to bed
This should be pretty obvious, but it’s still not practiced by most people. Switch off the phone before going to sleep. It’s as simple as that. Hell won’t freeze over if your phone stays switched off for a few hours, and that’ll help you sleep better as well.

5. Use the old-fashioned way of keeping track of time
It has almost become our second nature to grab our smartphones every time we want to know what time it is. But this is not where it stops. Once we check the time, we end up checking (and acting upon) everything from WhatsApp messages to emails.

So it’s best to resort to wearing wrist watches one again, and relying only on them for checking time. Also, actual alarm clocks can be used instead of setting alarms on smartphones.