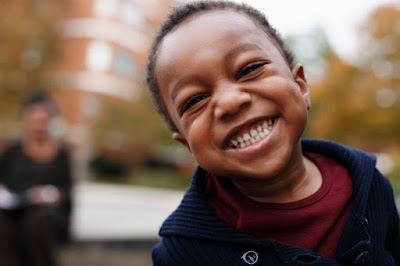 Right now, your baby's full-time job is learning. So much of what she is absorbing may be outside of your control. However, there are some small things you can do to help accelerate her learning that you probably didn't realize make a difference in her development.


Here are five ways you can help your little one develop her brain:

1. Point your finger
Maybe pointing isn't as rude as your mother taught you. According to a study published in Infant Behavior & Development, toddlers learn language faster when parents point to an object while saying the word. So, to help your child develop his ability to communicate, clearly gesture to what you're speaking about or play a game where you point to objects and name them.

2. Talk baby talk
Many people believe they need to suppress their urge to say "yoooou are soooo smaaaart" to their baby in a high-pitched voice. However, some studies suggest that "baby talk" is instinctual for a reason. These studies show a correlation between this "infant-directed speech" and word recognition long term. According to research conducted at Boston University, speaking to your baby with simplified grammar and exaggerated intonation will actually improve her ability to remember words longer than speaking the way you speak to adults does.

3. Let them eat messy
Finding spaghetti sauce and mashed potatoes spread all over your baby's high chair isn't a dream come true. However, this could be evidence your little one is learning. According to a study published in Developmental Science, toddlers who make a mess with their food develop language skills more quickly than those who don't. Scientists hypothesize that it can be challenging for little ones to identify objects that change shape (such as milk or applesauce) but the process of handling these non-solid objects empowers them to recognize them.

4. Don't give them what they want
You already know there are many reasons to not give your baby everything she asks for. What you may not know is that by not giving your cutie some sugar every time she says "cookie" actually improves her intelligence by teaching her to delay gratification. Children who develop patience and the ability to delay gratification are more cognitively and academically competent than those who don't develop those qualities.

5. Let them watch TV
Your kid is having a fun time watching the tube, but you know the secret: he's learning. Studies show that television shows can teach kids as much as preschool, affect their attitudes towards other cultures and races, improve behavior and literacy. However, you can't just sit your kid in front of anything you find on Netflix and expect the brilliance to begin flowing. According to these studies, it's only educational programming (such as Baby Class: Little Lessons and From Aardvark to Zucchini) that will benefit your kids in this way. In fact, television and movies that aren't educational can actually have a negative effect. Since your baby's brain is still developing, it is not yet ready for television and can suffer long-term negative consequences, including stunted language development. So it's important to subscribe to streaming services that offer these educational shows.
at 10:39 AM