7 Most Controversial Nigerian Celebrities In 2016 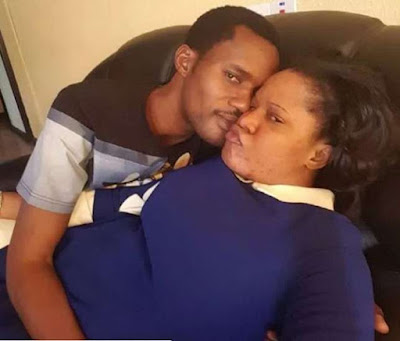 It's undeniable that controversy and popularity go hand in hand.


Something as harmless as a picture shared on social media could become so controversial and talked about for months to come.

It's been undeniably a tough 12 months for the celebrities on this list. Below are our most controversial people of 2016:

She accused him of constantly cheating with her colleagues but it didn’t take her a month before she
got involved with Ebony boss, Seun Egbegbe.

Their breakup was even messier than her marital drama. Seun reportedly seized her phones at a movie location and was accused of kidnapping her too. The two later engaged in a war of words on social media and in several interviews.

When reports emerged suggesting that the campaign was orchestrated by Ahmed Mayowa Shukurat's family to deceive Nigerians, Toyin Aimakhu stormed LUTH with police officers and that lead to another lengthy social media onslaught.

This year alone saw Olunloyo in the limelight more times than normal. From calling Jide Kosoko a ritualist who killed his wife, Henrietta Kosoko, to fat shaming Eniola Badmus and trolling Dayo Amusa, Olunloyo was a hit in the controversial department this year.

3. Freeze
Always one to speak his mind, Freeze has been in the news for different controversies this year alone.
He was rumoured to have been sacked by the management of Cool FM following his public feud with Basketmouth which he tagged malicious.

The media personality has since been hogging the headlines with his unfiltered comments on politics, religion, love and marriage.

He also owns a blog where he posts his opinions on the burning topic of the day and is commonly known as a social critic.

4. Toke Makinwa
Thanks to her marital issues being made public and the occasional rambling on YouTube, Toke Makinwa almost snatched the controversial spotlight from Kemi Olunloyo.

This year alone saw the TV host and Vlogger trend for several reasons.

First, it started with her misconstrued advice to single young ladies, then her releasing a tell-all book, “On Becoming”, where she talks about getting a sexually transmitted disease from her husband, her husband’s mistress and her failed marriage.

5. Emeka Ike
2016 was undeniably the year of controversial Emeka Ike.

He charged the Actors Guild of Nigeria (AGN) to court, dragged Ibinabo Fiberesima on social media and was involved in a marital drama with his estranged wife.

6. Davido
Davido and his baby mama, Sophia Momodu, owned this year with their baby drama.

The two constantly threw shots at each other on social media even dragging Ovation publisher, Dele Momodu, into the mess.

Davido was delayed from going to Dubai with his daughter at the airport after Dele Momodu called child services and customs. This led to a full-on media war and onslaught.

The singer even went ahead to release a song calling Dele Momodu his “boy”.

7. Wizkid
And then Wizkid decided to bless fans with his trolling of popular blogger, Linda Ikeji.

The beef between the two started when Linda Ikeji's Blog reported Wizkid had been evicted out of his Lekki home after his rent had expired.

This supposedly angered the pop singer, who made hostile remarks about Ikeji.

Eventually, the Lagos State Commissioner of Police, Fatai Owoseni, had to intervene putting the beef between the music star and Entrepreneur to rest.
at 2:07 PM