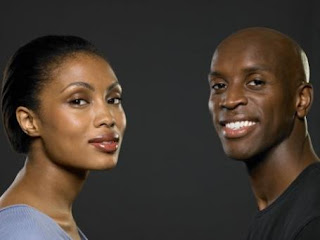 If you’re interested in the secret lives of men, here are 10 big, common things that your man will probably never, ever tell you.


1. He’s insecure about his body.
He is. Even if he looks like David Beckham. Men might not always pay attention to their personal hygiene, but that doesn’t mean that he’s not hyper-sensitive about every love handle, wrinkle, or graying hair on his body. He might wear the same hoodie every day, but he still worries that he’s not as pretty as he once was.

2. He doesn’t have anyone to talk to.Male friendships are decidedly different than female friendships. One of the biggest differences is that, typically, men don’t use their friends as a sounding board for what’s going on in their lives. They might discuss vacation plans, TV shows, or how things are going at work, but way too often, men don’t feel comfortable talking with their buddies about life, death, anxiety, fear, and everything in between.

And that’s a shame. It’s a lonely shame.

3. No one compliments him.
Men get a lot of validation in school and office settings, but there isn’t really a culture that supports men receiving casual compliments from their peers. Are you mad that your man didn’t notice your new jeans? When was the last time you noticed his new shirt? Or the last time you told him that he looked great when it wasn’t a special occasion? Men need the same kind of validation that women need — they’re just not good at asking for it.

4.  He likes kids.
It can be hard to admit this because society is VERY weird about grown men and children.

When a dad takes his kids to the park, way too often, moms give him the suspicious stink-eye the whole time. And, if one of his kids’ friends falls down and skins their knee, he can’t hug and comfort the crying child without being hyper-aware of who’s watching and judging every word and action.

Yes, he knows that, statistically, more men abuse children than women, but it still feels awful to be perpetually presumed guilty of attempted pedophilia when he’s just trying to take his niece to the playground.

5. He doesn’t know what you did with your hair.
Unless you do something REALLY drastic, there’s a better-than-average chance that your man might not notice if you get highlights or chop off an inch here or there. But that’s not because he doesn’t pay attention to you. It’s because — men have boring hair. The vast majority of men REALLY do not have ANYTHING interesting going on up there.

Realize that your man probably doesn’t even have the verbal or visual vocabulary to recognize what your hairdresser did today.

He’s not being apathetic. And he knows it’s not at all romantic that he has no clue.

He just doesn’t know what to look for, so cut him some slack.

6. It hurts when you hit him.
Remember when you got pissed at your boyfriend/husband and angrily slapped him? Or punched him in the back a few times? It hurt. It even left a mark.
But men aren’t supposed to admit that. And your man finds it particularly worrisome because he knows that if he did the same thing back to you, he’d probably be in the back of a cop car right now. (Rightly so.) Yes, men are bigger, but it doesn’t mean that the same rules don’t apply when it comes to angry physical contact. Abuse is abuse. Don’t hit him.

7. He’s afraid.
He’s afraid of losing his job, getting sick, going crazy, dying alone. He has all of the same anxieties and fears that you do (and a few that are uniquely his own). But he doesn’t know how to deal with them.

He doesn’t have friends to talk his fears over with, his parents might’ve stigmatized getting help with his issues, and he doesn’t want to look weak in front of his girlfriend/wife/special friend.

So, even if your man talks a big game, realize that he’s as scared and human as the rest of us. He might never admit it in mixed company, but, if you really know him, you’ll be able to see it behind his eyes without him ever having to say a word.

And, if you can be there to hold his hand during those long, lonely nights, without him having to ask, he’ll be more grateful than you can ever imagine.
at 10:12 AM