Actress Sofia Vergara in legal battle over her embryos 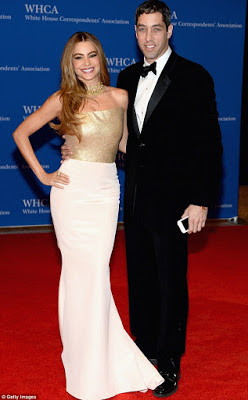 According to E! News, 'a right-to-live' lawsuit against Sofia Vergara was filed Tuesday on behalf of two embryos conceived by Vergara and Loeb in 2013.


The fertilized eggs are listed as plaintiffs "Emma" and "Isabella" in the lawsuit, and Loeb is requesting to receive custody of the female embryos in order for them to live and ultimately inherit a trust fund that was created in their names.

The documents stated that Vergara has "effectively abandoned and chronically neglected" the embryos by "refusing to consent to their development or care."

With this new development, a legal representative for Sofia Vergara released a statement Wednesday which read:

"Next week the judge presiding over the case was to rule on Ms. Vergara's request for sanctions against Mr. Loeb for refusing to comply with a court order, and on her motion for summary judgment-seeking dismissal of the case he filed against her, attempting to get control of pre-embryos that he created with Vergara."

"That genetic material was created pursuant to a written agreement that required both parties written consent to attempt to create a pregnancy. Apparently Mr. Loeb and his counsel, knowing that he was about to lose decided to attempt to save face by taking their proverbial ball and going home. Reports are out that Mr. Loeb has caused a lawsuit to be filed on behalf of the pre-embryos in Louisiana, essentially trying to get the same relief that he was trying to get through his failed legal attempt in California."

Last month, a California judge told Loeb that he must name two of is ex-girlfriends who terminated their own pregnancies over 20 years ago in order for the case to continue. But Loeb refused to release the names of those exes.

He told Page Six
"I would rather go to jail than reveal the names. I believe we have to protect a woman's right to privacy."

After Sofia and Loeb broke off their engagement in 2014, she asked for their frozen embryos to be destroyed but in April 2015, Loeb filed a lawsuit to prevent the destruction of the embryos.
at 11:10 AM