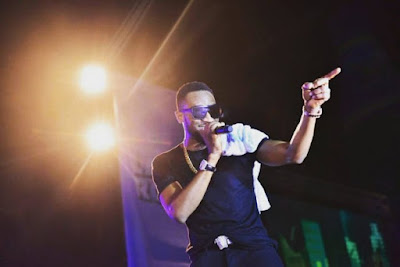 Nigerian singer-songwriter, musician, entrepreneur and TV host Oladapo Daniel Oyebanjo, known by his stage name D’banj, has openly said Nigeria is the only country in the world where piracy does not exist.


How true that is, were yet to understand but the Emergency crooner made this known at an inaugural edition of Music Week Africa, which held at the Nigerian Stock Exchange, Lagos, on Thursday.

Several play-makers in the industry seem to agree that the popular Alaba Market in Lagos, indulge in a lot of piracy. But here’s what D’Banj thinks of it;”Nigeria is the only country in the world that does not have piracy,” he said emphatically.

The internet has also created avenues for artists to curb piracy and make more money, with mediums such as iTunes, Spotify, Amazon, Sound Cloud, Youtube and a couple others.

So when D’Banj was asked whether there was more money in e-sales of music or physical sales, the award winner said;“The money is everywhere. Everyone is playing their own role. The market is here”.

Also speaking briefly on his partnership with the SLOT, he highlighted that its requires that they have CD stands situated at their phone outlets.
at 3:41 PM