Do you know going to bed angry with your spouse can ruin your marriage? 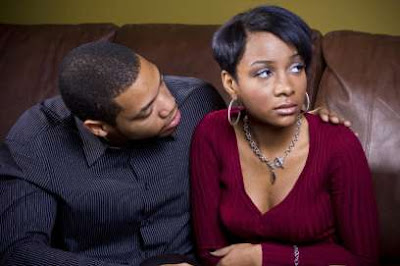 Cast your mind back to when you were being taught to cross the road.


Surely one of the first things you were told was to always look left, look right and then look right and left again before dashing across the road to the other side.

Now, the way a traffic instructor would be quick to teach you that simple rule first, is the same way a marriage counsellor will ensure that one of the first things you are taught is how to never go to bed without resolving any issues with your partner.

For ages and generations, the rule has been kept intact and passed down from one generation to another.

But why do you have to force yourself to reach a resolution before you go to bed?

According to the Nature Communications Journal, going to bed angrily will ruin your sleep and get you all moody, and these negative effects will be long-term.

The researchers, who used MRI scans to observe 73 male students over two days show that it was harder to get rid of these memories over time.

Apparently the brain stores negative memories during sleep and makes it a lot more difficult to forget about them in the long-term.

So, basically if you go to sleep angry, there's a strong chance you'll wake up in the same mood.

According to Yunzhe Liu, leader of the research at Beijing Normal University, “In our opinion, yes, there is certain merit in this age-old advice,”

Speaking to Guardian UK, he continued, “We would suggest to first resolve argument before going to bed; don’t sleep on your anger.”

So, for all couples who value their sleep, happiness and marriage, the best thing to do is to stick to the old rule and resolve every argument before going to bed.
at 4:47 PM