Fame has made me lose a lot of friends - Helen Paul 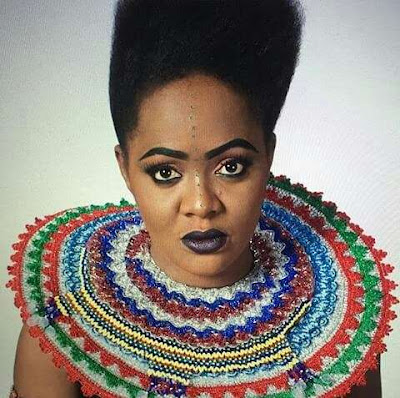 Popular comedienne, Helen Paul, has come out to explain that humour merchants are also humans who get sad and depressed once in a while.


“When my baby is not feeling fine, I cry. Sometimes when I miss someone who is no longer my friend, I feel down but I have realised that you cannot have one friend forever. When people misunderstand me, I feel bad but I have learnt to play with myself. Fame has made me lose a lot of friends especially those that want you to anchor weddings for free. Once you decline their request, they stop talking to you and even when I beg them, they don’t answer me,” she said.

The funny lady told Saturday Beats that when it comes to her job as a comedienne, her husband is her biggest critic and he goes out of his way to ensure that she is the best at her craft.

She said, “My husband is the best critic ever, he is my biggest critic. Whenever we go for a show together, sometimes he tells me that I was not funny and he would mention the names of people he felt performed better than I did. He would tell me that Basket Mouth was the best performer. Sometimes instead of making video of me while performing, he would film Basketmouth’s performance or Funke Akindele. We are truthful to each other and we do not pretend".

“There was a time he got me one terabyte of performances of different women like Queen Latifah, Whoopi Goldberg, Funke Akindele, Toyin Aihmakhu. He would tell me to understudy them because they are powerful; he would be quick to add that I am also powerful but that there are places I would need to work on. My husband is the best critic ever.”

Earlier in the week,  Paul decided to surprise random Nigerians she met on the street by gifting them products she represents as brand ambassador. According to her, she did that to put a smile on people’s faces this Christmas season.

“I enjoy making people laugh and happy even when I am not in a good mood. I just woke up one morning and thought about a way I could put a smile on people’s faces. So I decided to share some of the products I represent as their ambassador. I felt that instead of keeping everything in my house till 2017, let me give them out and leave room for new things next year,” Paul said.
at 11:35 AM