Lil Kesh opens up about his music, educational pursuit and pastor father 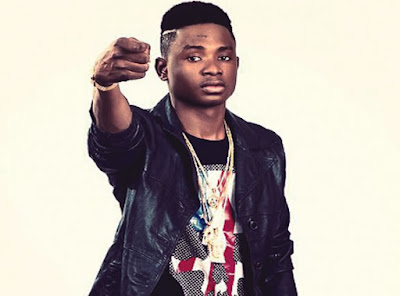 Keshniro Ololade shared insights about his educational background and that he is currently enrolled at National Open University Of Nigeria (NOUN).


He also made mention that his father who happens to be a pastor has been supportive of his music. He also talked about his brainchild YAGI and when he intends to sign new artiste.

Was it your childhood dream to become a music artiste?
I have pretty much been around music all my life, and the love for music has gotten me this far. My dad is a pastor and he owns a church. However, it’s not like I made a conscious decision to become an artiste; it grew on me untill I knew this was what I wanted to do.

What was your dad’s reaction to your decision to become an artiste?
My dad was cool with it. He lets you do whatever you want to do. He feels that whatever his life story is doesn’t have to affect the way his children live their lives. According to what he used to tell me, everybody must live his or her individual stories. He watched me grow from being part of the choir, learning to play drums, and attending music shows. Till now, he gives me all the necessary support and respects my decisions.

Considering that your dad is a pastor, isn’t he bothered by your vulgar lyrics?
Those vulgar songs are basically about me doing my job and he doesn’t interfere. Besides, not all my songs are vulgar. I have recorded songs like Ishe, Semilore and others. However, the ones that go viral are the ones with vulgar lyrics. I understand my markets, and I know the demography I’m directing my music to, which is the youth and adults. I’m a blunt entertainer, but I consider my fans, and always try to give them what they want. But this year, I decided that I’ll feed my fans with more meaningful songs that will inspire them.

What inspires you to write such vulgar songs?
Most of those songs were not written; we just go into the studio and ‘vibe.’ However, my environment inspires me and it’s not like I deliberately try to be vulgar.

Beyond the stage persona, who is Keshinro Ololade as a person?
I have a dual personality in the sense that I could go into the studio and come up with crazy songs that would entertain people. I could also be home alone relaxing, and listening to soft and mid-tempo songs. Listening to my songs, some people may think I’m a loud and local boy, but they’re usually surprised when they meet me and see that I’m calm and cool-headed. I’m not that outgoing, except if I have to attend events.

What’s your educational background?
I went to a number of primary schools, all in Lagos. I also attended secondary school in Lagos before proceeding to the University of Lagos to study Linguistics. However, I had to defer my admission because of my hectic schedule. Right now, I’ve enrolled at the National Open University, where I’m studying Mass Communication.

Some people believe you came out of nowhere to rise to the top in the music industry.  Can you share some of your struggles?
I have always been a hustler. I started my career by attending several talent hunt competitions, and I won some of them which made me quite popular in school. At a point, I was always hanging around studios because I had no money to record songs.

Lil Kesh spoke again on his relationship with Olamide and how the YBNL boss signed him. The “Ishe” crooner talked fame, his hood and more. Click here for the complete interview
at 1:09 PM