Lionel Messi to get married next year 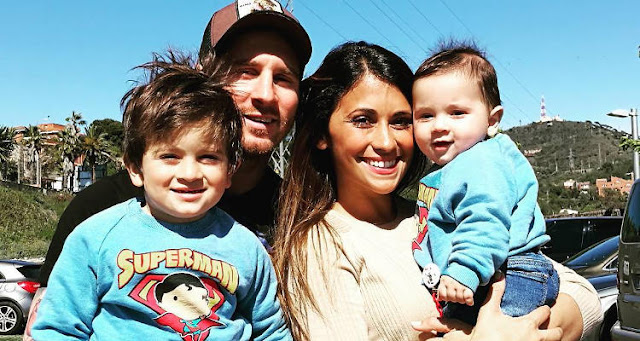 
The couple have been together since they were teenagers, before Messi left for Spain when he was 13.

Messi and Antonella have two children, Thiago and Mateo, but their union have not been officially formalized.

According to Argentine journalist Juan Pablo Varsky, that will change next year.

“The only thing I will say is that I found out by chance. But next year Argentina will be having a big party,” the reporter revealed on his radio show on Wednesday.

“It is richly deserved, too. Everyone is invited, and the place is Rosario.

“I’m not sure on the date because there are three possible months. There is one strong possibility, but since I don’t have it confirmed, I won’t say.


“Ladies and gentlemen, Antonella Roccuzzo and Lionel Messi are getting married! It’s a world exclusive.”
at 11:54 AM