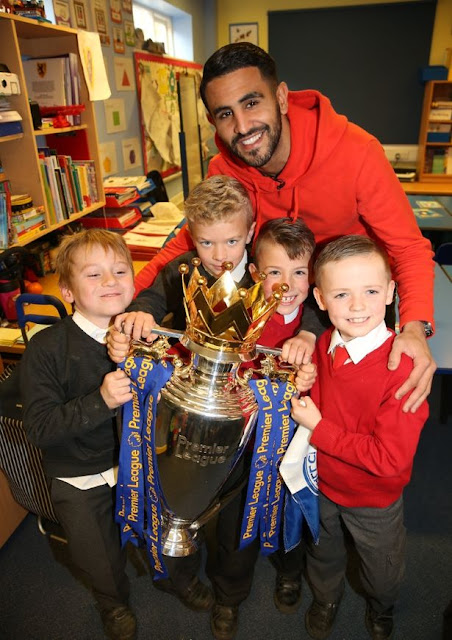 Riyad Mahrez went back to school as he paid a visit to four young Leicester fans whose reaction to his penalty against Middlesbrough at the weekend went viral.


The struggling Premier League champions were a goal down to promoted Boro at the King Power Stadium on Saturday when the referee pointed to the spot after a Calum Chambers handball.

While Mahrez prepared to take the spot-kick, one cameraman opted to focus his lens on four young fans in the stands.

They celebrated euphorically when the Algerian's strike hit the back of the net, hugging each other and jumping for joy.

Footage of the quartet was shown on Sky Sports' Goals on Sunday programme and has been widely shared on social media.

And they were given even more reason celebrate when PFA Player of the Year Mahrez paid them a visit at Tugby Church of England School in Leicester.

The 25-year-old winger posed for pictures alongside the four Leicester fans and handed out signed posters and flags to other students.
at 2:06 PM