Mariah Carey and her back-up dancer spotted kissing each other 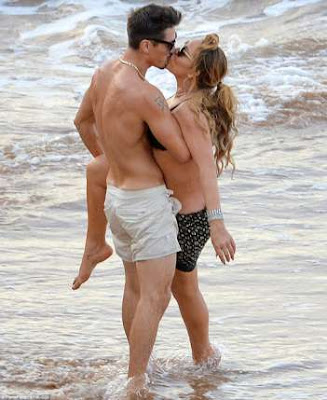 Just in case you were wondering, Mariah Carey has definitely moved on from billionaire ex-boyfriend, James Parker.


The singer was spotted kissing and making out with her back up dancer, Bryan Tanaka, on a beach in Hawaii on Monday, November 27.

The diva and the 33-year-old were pictured all over themselves a they frolicked at the beach.

Since Carey's split from Parker, there has been different reports as to the reason for their split, amongst which is that the billionaire had been uncomfortable with the 46-year-old's relationship with Tanaka.

If this is true, the pair are definitely done hiding.

Other reports claimed that Parker' involvement in Scientology led to their split.

Carey seems to have a thing for youth, something she must have found lacking in Parker. Who knows, it could be the secret to her youthful looks
at 10:25 AM