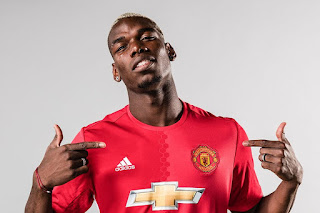 One of the most amusing facets of any brilliant goals is the shock of those around the Golazo, be it from the crowd, management staff and players on the pitch.


With many debating whether Henrikh Mkhitaryan scored the Premier League goal of the season against Sunderland on Boxing Day, Manchester United fans have noticed an amusing facet about the goal.

A number of Manchester United fans have been re-watching the Henrikh Mkhitaryan goal on Tuesday and have noticed Paul Pogba’s shock, surprise and delight at the goal.

Pogba has seen a fair few golazos in his time with Juventus and France, so whilst this was a rather impressive finish, it also says a lot about the goal scored by the Armenian playmaker.

The French midfielder has not spoken publicly about the goal nor updated any of his social media accounts since Manchester United’s 3-1 win over Sunderland on Boxing Day.