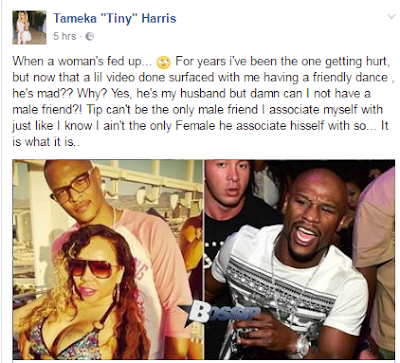 Tiny is blasting her husband T.I. on social media after reports that he plans on filing for divorce after video of her dancing suggestively with his 'enemy' Floyd Mayweather went viral.

Despite rumors of separation plaguing the married couple for years, the two have always managed to remain together for the sake of their family and careers.

It is now being reported that T.I. is completely pissed at his wife for flirting with the one man he hates the most.