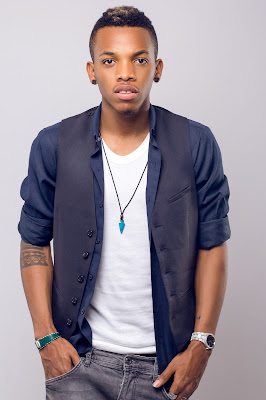 The singer who was nominated for the ‘Next Rated’ has been kicked off the list.  According to the Headies management Tekno lost out on his spot due to his refusal to honour the category and support the campaign.

The category will now be tightly contested by Ycee, Aramide, Humblesmith and Mr Eazi, as the ‘Pana’ hit star misses out on the chance.

The headies organizer however sent a letter of disqualification to the singer's record label. See below

Tekno withdrawn from Headies 'Next Rated' nomination . According to reliable information obtained by Thenetng, the Headies jury took the decision because he failed to participate in all of the required activities leading up the event. Official events between he document exclusively obtained by Thenetng, was sent to Tekno’s managers. Official emails between the organisers and the singer's reps confirm all nominees for the category were required to take part in promotional activities including photoshoots, interviews and more. It was the only category Tekno was nominated in. He missed out on major nominations including ‘Artiste of the Year’, which was the award he was hoping to be nominated for. Next Rated has always attracted controversies, because, pundits say, it has become the most celebrated category, attracting a prize and attention even the Artiste of the Year rarely gets. Many of today’s big names got a prop on their way up from winning the Next Rated category. But Tekno is the first to be disqualified in this manner. More on www.thenet.ng
A photo posted by SCOOPCHAT (EVERY THURSDAY 7PM) (@scoopnaija) on Dec 21, 2016 at 9:17am PST


Nominees are expected to attend promo activities for the event, and also take part in promotion for the category sponsor, Hyundai. Tekno failed to submit himself for engagements, promo campaign photos and more.

Tekno had earlier rubbished the Headies Awards when he was announced in the category. He took to Instagram to say "‘Next rated after how many years! Let’s be honest pls".

His refusal to rate the award show and acknowledge the category is responsible for his lackadaisical attitude towards the show.

This isn't the first time an artiste was disqualified from the Headies 'Next Rated' category. In 2013, Burna Boy came close to disqualification for not submitting himself to promo campaign activities.

In 2012, Chuddy K, was yanked off the nominee list due to information that he released an album in 2010: to qualify as a nominee in that category one must be an unreleased artist. He was replaced with Flowssick.
at 9:49 AM