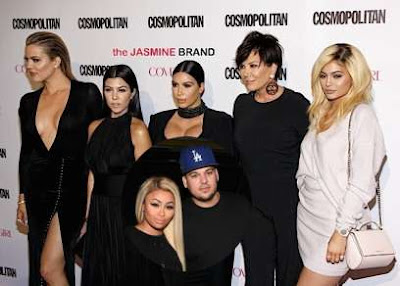 Apparently, marrying a Kardashian doesn't mean you can use their surname!


TMZ reports the Kardashian sisters, Kim, Khloe and Kourtney, are going to war to block Blac Chyna from cashing in on their family name.

According to documents obtained by TMZ, Kim, Khloe, and Kourtney's companies are opposing Chyna's request to trademark "Angela Renee Kardashian", which according to them, she was trying to use while working in entertainment, and also on social media.

The document states if Chyna gets the trademark they'll "suffer damage including irreparable injury to their reputation and goodwill."

They also claim Chyna is "deliberately seeking to profit from the goodwill and popularity" of the Kardashian name.
at 4:24 PM