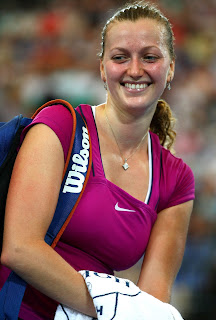 Two-time Wimbledon champion Petra Kvitova has been injured in a knife attack at her home in the eastern Czech town of Prostejov.


Kvitova, 26, from the Czech Republic, suffered knife wounds to the tendons in her left hand during an attempted burglary.

Her injuries are not thought to be life-threatening.

She was forced to pull out of The Hopman Cup late last night and took to Twitter to confirm her withdrawal due to a foot injury.

It is understood that the attack happened since she posted the updates in the early hours of the morning UK time.

A spokesman for Kvitova has since confirmed the attack.

He said she was being treated by doctors after a person wielding a knife stabbed her in what was described as a burglary.
at 1:42 PM