Yemi Alade opens up about her upbringing and relationship 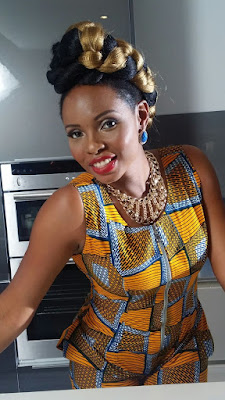 
The self styled “MAMA AFRICA” had a mouthful of things to talk about as regards her career and personal life. She dropped a bit of a shocker that Tiwa Savage is not a friend in her consideration. She spoke about sexual harassment in the music industry and more.

Here are excerpt from the interview:

Background
I was born in Abia State. My late father, a Yoruba man, was a retired commissioner of police, while my mother is an Igbo-born businesswoman. I wasn’t one of those kids that attended parties, because my father was a disciplinarian. However, growing up was fun for me.

Education
I attended St. Saviour’s British School, Victory Grammar School, and afterwards, I studied Geography at the University of Lagos.

Music
I grew up listening to music because when I was a child, my father loved to listen to King Sunny Ade. I never wanted to become an artiste but I loved music. It was when I won the Peak Talent Show that I realised that I needed to make a career out of it. My mum was the first person to believe in me and  she has always supported me. She often gave me money to buy clothes and prepare for shows.

Role models
In Nigeria, I love P-Square and Omawumi. Outside the country, it’s Beyonce and Jay Z.

Sexual harassment
Record label owners and show promoters are all guilty of this. Sexual harassment comes in different levels; some are intense, some are subtle, and some even come through third parties. However, I’ve never found myself in a situation that felt very uncomfortable. Once I see the signs, I run and the person would not even have the opportunity to go through with his evil plans. There are some people who I looked up to in the industry but surprisingly, they also wanted sex.

Record label
In future, I’d love to have a record label. But sincerely, if you want to have the kind of record label that would actually groom superstars, I don’t think it’s something you can do overnight. For artistes who easily float record labels, I think experience is the best teacher. Most of them have since realised that they acted before the appropraite time.

Memorable moments
Each day is another opportunity for me to be thankful. The great moments are so many, but I know that the numero uno is yet to come. That moment would be when I bring home a Grammy However, there are a lot of moments I cherish, and representing Africa at theMake the Future Campaign done in partnership with Shell is one of them. Superstars like Jenifer Hudson were on that campaign, and I was the only African.

Lowest point
That was the moment my dad died, and I wasn’t there with him; it shook me a lot. I was on an European tour when it happened.

Favourite songs
All my songs are dear to my heart, but some do stand out. On King of Queensalbum, the song Bamboo is memorable because I got inspiration and wrote it on a motorcycle. On the Mama Africa album, the song Africa also strikes a chord. As of the time I wrote it, I had been out of the continent for a long time, so I was longing for home.

Tiwa Savage, Seyi Shay and Chidinma
I don’t know why the media takes pleasure in pitting great women against one another. Have you ever seen any text message from any of us lambasting another person? There’s no proof of these things; it’s just in the imagination of people. I’ve never stopped working and I was already working before Tiwa Savage came to Nigeria. I am a fan of their music, and on my Snapchat page, I usually dance to their songs. I do not consider Tiwa Savage a friend because I don’t know her favourite colour or meal and other intimate things. She is just my colleague.

Current projects
We’re working on my first worldwide tour which would last about a year. I will visit all the continents in the world.

Misconception
I think people generalise too often. I find that most people don’t expect that I’m enlightened, and can hold a meaningful conversation. That’s one of the biggest misconceptions about me.

Relationship
Other than being an entertainer, I have my personal life. If I’m going to be in a relationship with someone in the same profession with me, I’d have to be deeply in love with the person’s personality. If the personality suits me, why not? Personally, I think I’m a reserved and nice girl. I’m also a hopeless romantic; movies easily make me cry. The last movie that made me cry was a cartoon in which a little dinosaur lost his mum.

Style
Style is a representation of who you are on the inside, manifested on the outside. It’s like garbage in, garbage out. I don’t go anywhere without my sunglasses. I don’t think there’s anything I cannot be caught wearing. Expect anything from me because I don’t even trust myself.
at 12:44 PM