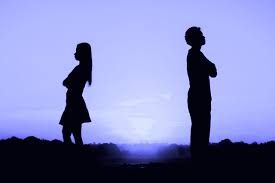 
It makes you look confused
Why are you still being intimate with someone you told your friends you were no longer dating?

Just about a month or two ago, you were in telling your friends that you and that girl are no longer a pair. Now, however, there are date pictures of you both on Instagram.

How do you explain that without looking a little confused about what you really want?

You might hope for a comeback that’ll never happen
There is only a very thin line between being good friends with someone of the opposite, and actually dating them.

That is why many people easily transition friendship into relationship.

Therefore, if you go back to being friends with someone you were once dating, there is every chance that you might misinterpret some or many of their actions done out of friendship as an attempt to get back into the relationship.

It’s better to not put yourself in this position, than to do so and get disappointed and hurt again, because, frankly, they just might not be eager to get back into the same relationship that once failed.

You might find yourself doing for them things you would normally reserve exclusively for someone you are dating.

Unplanned sex
This is to be expected especially with partners who had sexual connections prior to their breakup.

For many, they engage in every imaginable foreplay  and manage to catch themselves just before the actual act of penetration, but many aren’t so cautious.

As a matter of fact, whether or not you are able to stop yourself before the actual act of sex, making out and smooching will only complicate things, and really, you would not be tempted to smooch and carress that your ‘ex-boyfriend’ if you both had stayed very, very far away from each other.

You might never truly move on
Being in a close friendship with an ex has the capacity to hinder your movement away from that phase of your life.

When a relationship ends, people often hurt for a while, heal and move on to a better, healthier relationship.

When you choose to remain tied to your ex by means of friendship, you actually deny yourself the chance to heal quickly and move on.

Many times, you might not even get to really move on from them..
at 1:59 PM