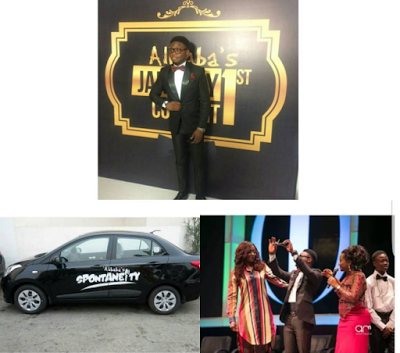 Comedy pioneer Alibaba gifted a car to one of the fast-rising comedians who contested at his recently concluded concert; ‘January 1st Concert’ which held on the 1st of January, 2017 at EKO Hotel Convention Centre, Victoria Island, Lagos.

Titled ‘Alibaba’s Spontaneity’; the contest had about 10 fast-rising comedians show off their talent and freestyle prowess live on stage by quipping with random topics provided by the audience.

After a few rounds, three comedians made it to the final stage and the audience were left to decide who the winner is by making some noise after each comedian stepped forward. 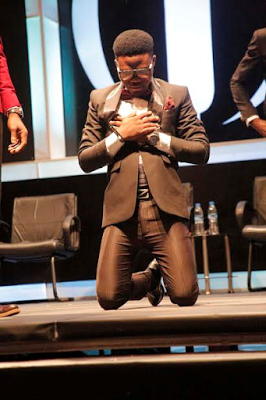 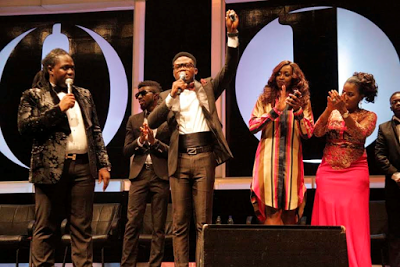 One of the last comedians who quickly became a fan favourite that night; Laff Doctor emerged the winner.

Presented by Alibaba’s wife; Mary Akpobome, Laff Doctor went home with a brand new car and some words of encouragement. It was also revealed the comedian will get a monthly salary payment for the whole year and an opportunity to work closely with Alibaba.

The first runner up however, got a totally different package – Mary Akpobome announced she and her husband would sponsor his education through university under the boy’s wish.