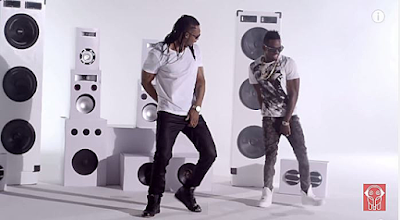 Award winning high-life singer, Flavour ‘N’ abania will be performing alongside Tanzania’s Diamond Platnumz at the opening ceremony of 2017 African Cup of Nations in Gabon.


With exactly three days to go before the tournament kicks off on Saturday, January 14, 2016, the pair who had performed at the just concluded Glo-CAF Award 2016 in Abuja, will be thrilling the African football teams and fans at the opening ceremony of AFCON 2017.

After the opening ceremony, the host nation, Gabon will be taking Guinea–Bissau after which Cameroun will also face Burkina Faso at the 40,000 seater friendship stadium in Libreville.
at 12:49 PM