How my mother saved me from committing suicide – Mr. Ibu 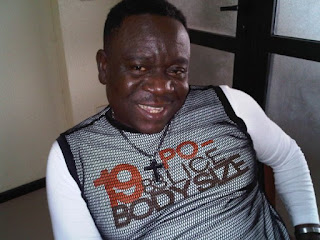 John Okafor aka Mr. Ibu in a new interview, has revealed that he would have taken his life since 1997 due to the hardship he faced in life.


According to him, at that point in his life, things were so hard that he could barely afford to feed himself. To make matters worse, the actor said he had no roof over his head and suicide seemed like the easiest option.

“Do you know that there was a day that I had prepared to kill myself in Ajao Estate? That day, I was prepared to jump into a well because of the situation that surrounded me.
Three days before that day, I had not eaten and I did not have hope of eating for the next week. I was only surviving on water and I hate it when I bother anyone.
Most of my close friends were not bothered about my well-being even though it was obvious that I was not alright. I remember December 18, 1997, a friend of mine who I squatted with called me in the morning and told me that he would be going home for Christmas and he did not want anyone to be in his room.
I assured him that no one would come to his place but he said he wanted me out of the room. I told him that I did not have another place to stay and he should trust me that as usual, I would take good care of the place. Though I was older than him, I did all the washing and cleaning of the house to the extent that I washed his panties and underwear.
I did that so that I could have a roof over my head. But out of anger, that my friend went into the house, brought out all my things and threw them outside, then he told me to leave his house, he locked his door and left.
“From where I was seated, I was looking at the well. I thought to myself, ‘is it not better to end my life by jumping into the well so that when people return in the evening and they need water, they would discover my body and my friend would know that he was the reason I committed suicide?’
I went to the well and as I opened the lid and prepared to jump inside, the image of my mother’s face flashed through my mind. I quickly closed the well and began to wonder how my mother knew that I wanted to kill myself.
My mother was still alive at the time; she was about 80 years old. I went back and leaned by the wall. A neighbour, Francis, was playing a song by Michael Bolton titled ‘When I am back on my Feet Again.’ The song gave me hope and I decided to stay alive,” he said.
Okafor said that after he had decided against killing himself, he needed to find somewhere to sleep and since he had no one to stay with; he opted to sleep under a lorry, a space where dogs used as their house.

He stayed there for a while till God sent a helper to him.
“I cleaned the place and was able to get some cartons which I used to do a tent. In the course of cleaning the place, I realised that it was dogs that used to sleep there at night but I had no choice.
One night, about 30 dogs were barking so no one could sleep so I had to move my cartons to another location. While I was changing my bearing, I saw some people gathering. I hid my cartons, went close to the place and saw that it was a movie audition. I saw some of my friends there like Pete Edochie, and a friend called Sandra Ezeh.
When Sandra saw me, she hugged me and said she was a big fan of my work especially my role in ‘Ikuku.’ She asked if I was doing anything and when I told her I wasn’t, she insisted that I accompany her to see her boyfriend.
Since I had no job, I followed her; beside, all I needed then was food. I was so hungry at the time that it began to affect my eye sight. Sadly, her boyfriend had travelled so she said we should go to see another friend.
We met the woman who owned a bar and when I asked for food, she said all she had was pepper soup and drinks. I told her to give me pepper soup and she was nice enough to tell them to give me two agidi with the pepper soup. After I ate the food, I fell into a deep sleep.
“When I woke up, I saw an address, 125 Adetola Street, then immediately, I remembered that a friend had called me asking me to stay in his house because he was travelling to Germany and that was the address.
Immediately I crossed the street and went to the house. When I got into the house, my friend, Frank, just got in from London. He was so happy to see me that he hugged me and we both fell to the ground. He then said that no matter where I was staying, I had to move into his house.
We went to pick my load from where I put it. Frank asked why my load was outside and I lied to him that I was preparing to travel. That was how he gave me a room in his flat. I prayed to God thanking him for saving me. He started taking me out and buying me clothes. It was from there I got my footing,” he said.
at 1:28 PM