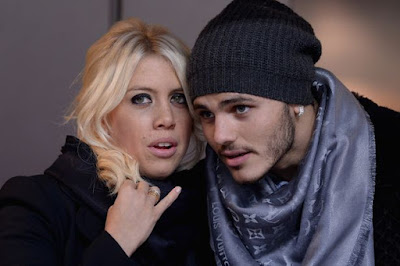 Argentina legend, Diego Maradona has told Inter Milan captain, Mauro Icardi to wait patiently for nemesis after taking over the wife of his former teammate and compatriot, Maxi Lopez.


Maradona labelled the promising striker a ‘traitor’ due to his involvement in the messy and much-publicised divorce between Lopez and his wife Wanda Nara.

An Argentine media personality, Wanda Nara had been married to Lopez while he and Icardi were still team-mates at Sampdoria, but became intimate with Icardi despite being in wedlock.

Icardi and Nara later got married in 2014, shortly after divorce proceedings with Lopez had been finalised, and Maradona is disappointed by the player’s action.

“He will be a great player, but [Serie A icon Gabriel] Batistuta is worth ten of him.

“He [Icardi] can’t go to dinner with his team-mates then get married to the wife of his friend.