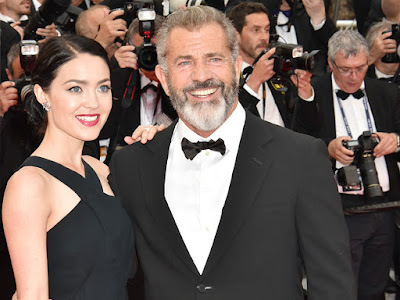 Mel Gibson and his girlfriend Rosalind Ross have welcomed their first child together, a baby boy.

The Braveheart actor-director and his girlfriend of two years welcomed their son, who they named Lars Gerard Gibson, in Los Angeles over the weekend. Lars is the actor's ninth child.

Gibson, 61, is already father to daughter Hannah and six sons - Edward, Christian, William, Louis and Milo, from his 28-year marriage to ex-wife Robyn Moore. They divorced in 2011. He also shares daughter Lucia, 7, with ex-girlfriend Oksana Grigorieva.

Gibson and Ross, a champion equestrian vaulter, began dating in 2014, and at first raised eyebrows over their 35-year age gap, before she became a regular by his side for red carpet events.
at 12:49 PM