Nasty Sevilla fans taunted Ramos about his mum and wife 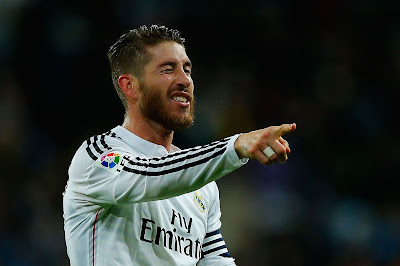 Los Blancos drew 3-3 away at Sevilla on Thursday night in the Copa del Rey, as Real completed a 6-3 aggregate win in the two-legged tie.


With 13 minutes left in the match, Real were trailing 3-1. By a penalty from Sergio Ramos and a 90th minute equaliser from Karim Benzema meant that Real avoided a defeat.

Sergio Ramos, of course, began his career at Sevilla.

But that mattered little to the home crowd, as they pelted the Real Madrid defender both verbally and literally during the cup tie.

During the match, a bottle was hurled towards Ramos from the Sevilla crowd.

While the object missed it’s target, that was purely down to a bad throw.

Moreover, Ramos were forced to to listen to nasty abuse from the home fans, which including insults about the player’s family, as Ramos explained to the media after the game.

Talking about his goal and the reaction from the Sevilla crowd, Ramos make the following post match comments:

I did not disrespect anyone. I asked [goalkeeper David] Soria to forgive me, that I was not to blame.

I am not a fan of a section that has remembered my mother and insulted me from the first minute.

This will always be my home, no matter how many people don’t understand that, they whistled me and they insulted my mother.

I’ve been coming to the stadium for years and they have never received me how I would have liked, like they do to others. I would like that they received me in a different way, but I know it will not be like this. Players like Dani Alves and Ivan Rakitic, they receive them like gods.