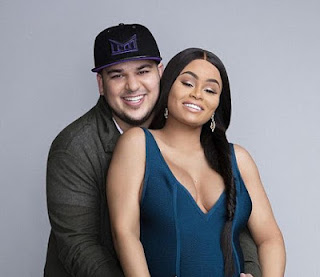 One year and one baby later, Rob Kardashian and Blac Chyna are celebrating their 1st anniversary.

Rob Kardashian, 29, first captioned the video “a year when by so fast, love you,” but later changed it to “1 year down lol woohoooooo happy anniversary babbbbbbiiiiiiieeeeee.”

He topped off the message with a blue heart and a string of baby face emojis.

They last announced they’d split on December 17 when he revealed she’d moved out of their new home and taken their daughter, Dream, with her.
at 5:01 PM