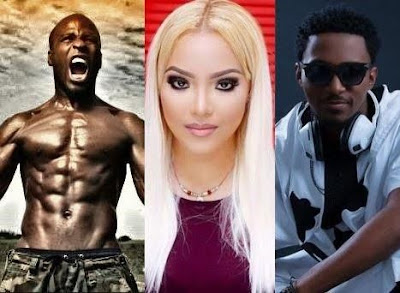 The ongoing feud between Terry tha Rapman and Ikechukwu is far from over.


Terry that Rapman’s younger sister, Joy Madaki, dragged Ikechukwu on Instagram on Tuesday for mentioning their family during an interview on “Loose Talk” podcast with Osagie Alonge, Steve Dede and Ayomide Tayo.

Ikechukwu had talked about how his ex-fiancée, Sarah Ofili left him to go back to Terry tha Rapman even though Terry tha Rapman was still up and coming. He admits that he doesn’t know if she and Terry tha Rapman messed around while they were still dating or even before they started dating.

Terry tha Rapman says he has no beef with Ikechukwu, yet, but has had enough of the ‘loose talk’, saying; “Ikechukwu, Who you Epp?!”

Terry tha Rapman expressly reminded Ikechukwu of his responsibility to focus on promoting his new artiste, Peter Clarke, who he describes as a “brilliant” rapper, instead of clinging to frivolities.