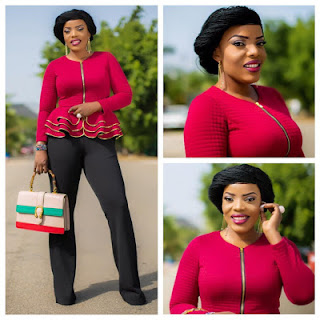 Nollywood actress Empress Njamah has in a new interview with TheNation said there's no expiry date for getting married.

This happened when she was asked when she plans to settle down. Empress replied:
There is never an expiry date for getting married. I don’t know why people keep asking this question.
When asked if her status as a celebrity could be one of the reasons for her delay in getting married:

Eventually it will happen; there is not date that is written that you have to get married. If I haven’t
gotten married, there are obviously reasons why I haven’t. And I don’t see that as a crime or problem. When the time comes, it is obvious that people will know and celebrate with you genuinely. If you see the right man and match, why not, Let’s not make this thing a point of a big deal; I don’t know.
at 3:55 PM