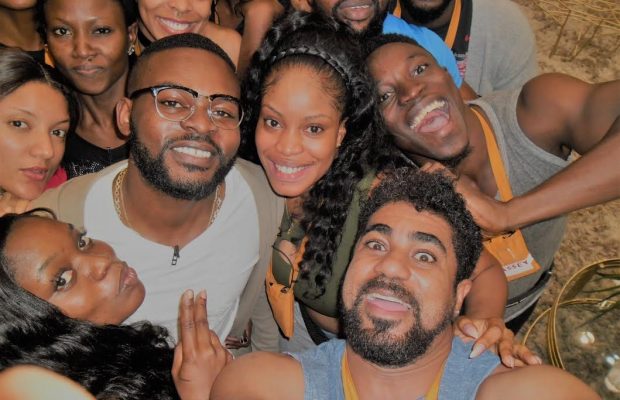 
This was after his performance at the live eviction show on Sunday night.

The Sunday eviction show which ushered in two new fake housemates received a lot of comments as the host of ongoing Big Brother Naija reality TV show, Ebuka Obi-Uchendu appeared on stage with a little extra bulge in his pants.

Meanwhile, Falz was welcomed into the house with dance steps from housemates and awesome interaction.

The ‘Bahd Guy’ crooner threw a question at the male housemates, asking them who they would choose to date in the house if given the chance by Big Brother.

Falz further advised Gifty to be real and bring out her true identity while in the game.

He said: “Find a perfect balance. Keep your style & your identity.What differentiated me from everyone else was my uniqueness.”

Meanwhile, Ese, one of the new fake housemates has now become the head of house for the week.
at 5:50 PM