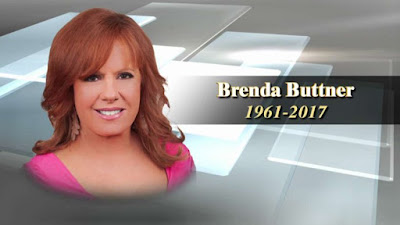 Brenda Buttner, the host of 'Bulls & Bears' on Fox News and a senior business correspondent with the same outfit has died of cancer at the age of 55. Fox News host, Neil Cavuto, announced her passing on his show, 'Your World' on Monday evening.


Friends and colleagues also took to their Twitter account to mourn her passing and eulogize the very talented host.

A graduate of Havard, Brenda began her TV career at NBC affiliate KCRL in Reno, NV. From 1990 to 1998, she hosted CNBC's 'Money Club' before joining Fox News in 2000 where she remained for the last 17 years. She is survived by two daughters.
at 11:46 AM