'I'll like to be president of Real Madrid - Tennis great, Rafael Nadal says 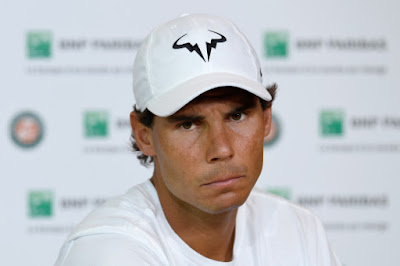 Nadal, a native of Spain has been a vocal Madrid supporter for a very long time and watches Real Madrid's games, but the 30-year-old greatest clay court player of all time, knows being at the helm of the 11 time European champions will be nice for him and also praised the work being done by current Madrid president Florentino Perez.

"We are very good as we are," he said. "We have a great president right now and I don't think Real Madrid need me, but we never know what can happen in the future. "It is not something I can raise today."
at 12:52 PM