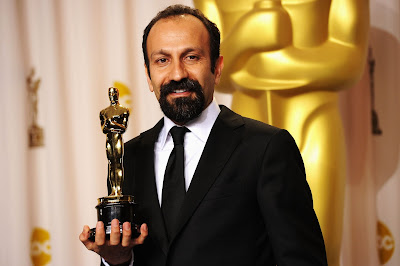 Last night, Director Asghar Farhadi won his second Oscar for Best Foreign Language Film at the 89th Academy Awards, but Farhadi was not in attendance to claim the Oscar for his film, "The Salesman."

He boycotted the awards show in protest of President Donald Trump's executive order that temporarily barred travellers from seven majority-Muslim countries, including Iran, from entering the United States.

In a prepared speech delivered by Iranian-American engineer Anousheh Ansari, Farhadi explained his decision. "My absence is out of respect for the people of my country. Dividing the world into the us and our enemies categories creates fear".

"It's a great honor to be receiving this valuable award for the second time. I would like to thank the members of the Academy, my crew in Iran, my producer Alexandre Mallet-Guy, Cohen Media, Amazon and my fellow nominees in the foreign film category. I'm sorry I'm not with you tonight. My absence is out of respect for the people of my country and those of other six nations whom have been disrespected by the inhumane law that bans entry of immigrants to the U.S. Dividing the world into the us and our enemies categories creates fear. A deceitful justification for aggression and war. These wars prevent democracy and human rights in countries which have themselves been victims of aggression. Filmmakers can turn their cameras to capture shared human qualities and break stereotypes of various nationalities and religions. They create empathy between us and others. An empathy which we need today more than ever."
at 2:40 PM