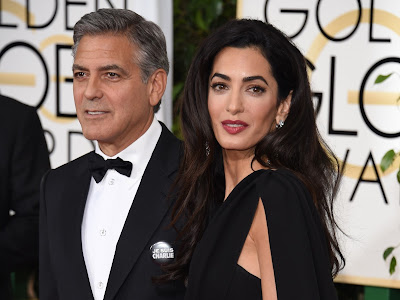 George Clooney's mom, Nina Clooney is so excited to be a grandmother again that she revealed the sexes of the actor and his wife, Human activist lawyer, Amal Clooney's twins to Vogue magazine.