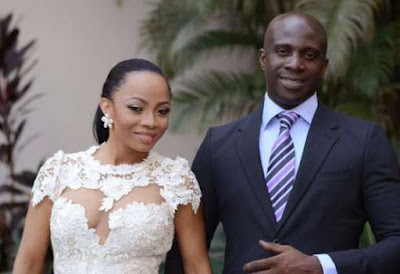 Toke Makinwa's estranged husband, Maje Ayida has hired British lawyers to sue Toke Makinwa  over her tell all book 'On Becoming' which he says is an “exaggerated fabrication”.


He has also asked her to stop the sales of the book and all forms of promotional activities.

According to Maje, it is untrue that he gave Toke Makinwa a sexually transmitted disease in the past or at any stage in their relationship. It is also“highly misleading” for Toke's book to allege that Maje “did not financially contribute adequately” to their marriage.

Toke Makinwa’s tell-all book, On Becoming, had detailed her account of her relationship/marriage to Ayida, a fitness expert.

In the book, the television personality accused Ayida of giving her sexually transmitted diseases,
being a serial cheat and committing adultery.
at 3:32 PM