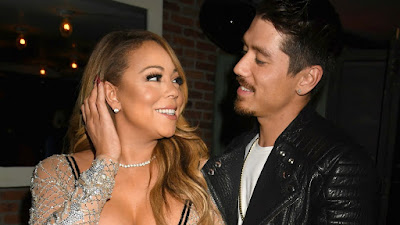 American music star, Mariah Carey, whose engagement to her billionaire ex, James Parker, was called off last year, has confirmed she's dating her back up dancer, Bryan Tanaka.


The American songstress,in an interview with The AP revealed that
her relationship with Tanaka grew, after her split from James; but she's keeping the romance private.

“I'm just going to be like 'I really don't talk about my personal life.' Because that's what I used to do and it really worked for a minute, back, a while ago," she said.

"I just don't feel comfortable talking about my personal life. Me and my boyfriend don't want to do that."
at 3:31 PM