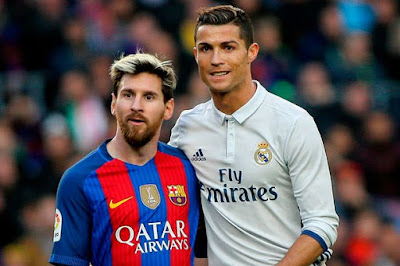 Reigning World Footballer of the Year, Cristiano Ronaldo, his arch rival and FC Barcelona talisman, Lionel Messi, former France captain and coach of Real Madrid, Zinedine Zidane, former African Footballer of the Year, Abedi Ayew Pele, among others are set for an international novelty football match in Abuja, between the African football stars and the rest of the World aimed at campaigning against trafficking, insurgency and terrorism.


The match which will be played at the Abuja National Stadium on May 21 is being organized by Next2None Support Initiative with the theme; Africa My Africa.

Addressing the media in Abuja over the weekend, chairman of Next2None Support initiative, Barr. Ndukwe Sam Obu said his organization decided to use football for its campaign because it speaks the language of love, peace, hope and unity.

Ndukwe further said since most of the victims of human trafficking with those that play football, the event will help them know that they can do other meaningful activities.
at 11:59 AM