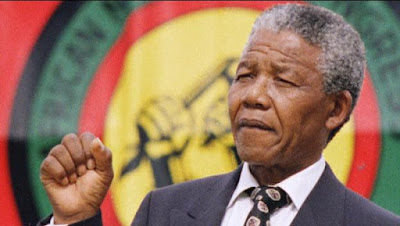 Seun Kuti, son of Afrobeat legend, Fela Anikulapo-Kuti, has reacted to violent acts against Nigerians and other nationals in South Africa.


The musician stated that the late South Africa President, Nelson Mandela, should be blamed for the xenophobic attacks.

He wrote: “Hey Black South Africans aren’t you ashamed of yourselves? Has your spirit of revolution completely destroyed by your rudderless ANC to the extent that you have become cowards who bully fellow Africans? Fellow Brothers?”

Meanwhile, the Federal Government has said that talks are ongoing with South Africa on how to protect Nigerian citizens against xenophobic attacks in that country.

Minister of Foreign Affairs, Geoffrey Onyeama, disclosed that the acting Nigerian High Commissioner to South Africa had met with the country’s foreign affairs top officials on the renewed attacks on Nigerians.

“We have communicated to South African government that steps should be taken to prevent attacks,” he said.
at 4:04 PM