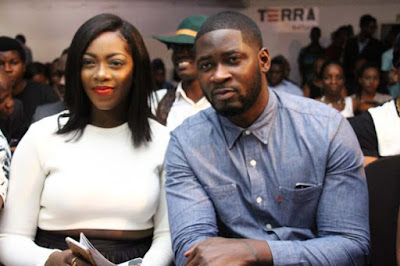 Few weeks ago, there were speculations that plans were being intensified to reconcile singer Tiwa Savage and hubby, Tee Billz.

But judging from recent developments, it seems the plans to bring the couple together again is not yielding any positive results as the singer got shout outs from everyone else except her estranged husband, Tee Billz.

And now, he was missing at the singer’s birthday gig which held at Tunnel Night Club, London recently. Recall that the couple were spotted for the first time together last December, since their
marital drama started in April.

The duo were seen together at TV presenter, Stephanie Coker’s traditional wedding, making it their first public sighting since April 2016.

Their supposed re-union story quietly started when Tiwa Savage posted a photo of her son Jamil Balogun in July, last year when he turned one. “You are my reason for everything.. Dada and Mama love you so much #JamJamIsOne,” wrote Tiwa Savage as caption of the photo.
at 12:42 PM