2017 AMVCA: It was a night of supporters' club - Charles Novia 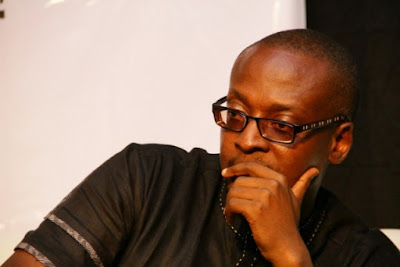 There isn't anything much to write about the AMVCAs this year. It looks like it has grown with its own dawdles, aspirations and reward values in the past five years , yet still has to be weaned off the tits of muted controversies in the awards categories.

The first impression one got from the AMVCAs this year was that perhaps the planning for the event might have been hit by the fall outs of the recession in Nigeria or something. Unlike past editions, the buzz and anticipation for the 2017 edition was unusually low key or just lukewarm. There was a lack of excitement for the event generally. And unlike past editions as well, the invitation cards, one of the most talked about pre-event staples of past AMVCAs, were noticeably not as thrilling as before.

The event kept to time as usual and promptly by 7pm, the opening performance by Timi Dakolo, who rendered a song on Africa with a dance ensemble by the Bolanle Austen-Peters Performers, welcomed the audience and viewers at home.

I.K, Osakioduwa and Mimi Dlamini came on after that performance as the hosts for the evening. They tried a weak skit, after I.K joked about not being given roles by Film Producers. All I can say is  if that was a live audition by IK that night in front of a casting director, he would be put on a 'maybe' list by a professional casting director possibly! And Mimi wouldn't have a call back too!

The AMVCAs this year was noticeably a night of the 'Supporters Club'. I stopped counting how many times excited supporters of winners flocked the stage with the awardees! Now, I know there is love in sharing but sometimes it seemed as if many of the supporters just wanted to be seen on continental television too! I don't think there is much anyone can do about that though. Incredible.

But it was also a night of excitement and effusive acceptance speeches by some of the winners, many of whom ignored the music cues to round up their sppeches and went on emotional displays or perhaps convenient chokes by tears.

Perekeme Odon, who won the Best Make-Up Category with Hakeem for 'Oloibiri' started that trend with something of a near-Rastafarian screaming acceptance speech when he was on the podium. Pat Egwurumbe, who won the Best Costume Designer award, had an excited daughter with her onstage who gave a couple of  proud but shrill 'Mummy!' screams like a lovestruck teen!

Samuel Ajibola of ' The Johnsons' fame had the audience cheering for him when he gave his acceptance speech for Best Actor in a comedy series and switched to his popular character, Spiff. Same with Funke Akindele when she came up twice to receive her awards for her 'Jenifa' series. There was a prancing David Jones who won the Best Actor in a Drama Series prize and kept sniffing with a finger across his nose as he gave his speech! What was that, please? An affectation or a sniffling?

There were a couple of tepid musical performances. A South African act called Lira gave a solo performance which elicited blank stares and polite applause from the audience. She got a better response though when she and Waje performed a new single titled 'Mountain' . A duo called DNA, who looked like a prototype of P Square, performed. I would advise them to do more work on their stagecraft. They have something to offer but need to work harder.

Then, there was another performance by the dance ensemble of BAP, which was a 'mini-broadway-esque' Fela Kuti story. The fellow who played the Fela role, amid the exaggerated sways and twists of Fela he did,  went off key and rhythm as he sang, distorting the band and the tempo for awhile. There was a curious and perhaps needless interlude to the skit with a delve into Runtown's 'Mad Over You', which was  befuddling. Perhaps, it was for the dancing girls or something? Fela returned from his backstage brief hiatus, more energised and mercifully sang to the tune and rhythm this time.

There were a few surprises for the night in the awards categories. Heavyweights like RMD, Ramsey Noah, Olu Jacobs were snubbed in the Best Actor category and an up and coming Sambissa Nzeribe took the award. Much as he's a good actor,even he was as surprised as the others when he won and prostrated on the floor, requesting for their permission to receive the award. Perhaps that broke the shock moment for the other nominees and many watching.

Rita Dominic won the 'Best Actress' category for her role in '76 .

A Chinese lady who represented a Chinese car company and spoke what seemed to be a curious mix of Chinese and English to our ears, ("Chinglish", maybe?)presented the Trailblazer award to Somkhele Inyama, which was just as well, seeing that she later lost in the category she was nominated for.

The high moment of the night for me was the Lifetime Recognition Award given to Chief Chika Okpala, the veteran actor popularly known as Chief Zebrudaya. Whilst giving his appreciative speech, he recognised one of his proteges, Nkem Owoh, whom he told the audience was a scriptwriter for the New Masquerade series back in the day. The audience gave a powerful ovation for this piece of news and it was quite a moving moment, a realisation that the foundation for the Nollywood as we know it today, was built by the likes of creatives such as Chief Okpala and Owoh.

Izu Ojukwu won  Best Director for the movie '76' and perhaps deservedly so. And '76' won the 'Best Picture' award as well.

With the awards over, what followed was the usual backslapping and after party moments at the venue .

My hindsight take on the awards this year may not be any different from last year's. I still think the AMVCAs have much work to do in its awards voting mechanism and categories. I noticed that many Nollywood stars did not attend this year's edition unlike  the past editions. If that is a function of the economy or a polite snub is left for conjecture but the buzz I got was one of lethargy and grumbles about 'lef dem with "their" awards'. And for a 5th edition, which is supposed to be a mid-decade shindig, these signs should be nipped in the bud. Something has to be done to recalibrate the awards or the perception by industry players that it is a contraption designed to reward Africa Magic's in-house favourites. With the title of the awards, it's a possibility though.

A counter arguement to that notion above would be that perhaps too, a new ship has berthed somewhere in Nollywood. And this new ship has a new crew and new passengers and it takes a special requirement for any passenger on the dock of the bay, to get in.

Can the AMVCAs do something about the pronunciation of names by their voice over artist next time please? That 'Big Brother' sounding voice who was reeling out the names of the nominees in the clips was annoyingly 'off point'! Shouldn't there be a more researched voice over artist who could do that?

Finally, the guys at Africa Magic have tried their best in the past five years. I must hand it to them, at least. But there will be higher expectations in the future editions from everyone. Like one of the new actors who won in one of the categories said onstage; 'This took a long time in coming'. Seeing that he is quite young in the industry, one couldn't help but wonder what long time or lifetime he meant! But I guess, he was talking about some sort of validation from AMVCA. He craved for it for years perhaps, since the awards started.

And it was five years a crave.

The AMVCAs should do more make the next five years a rave.
at 2:47 PM