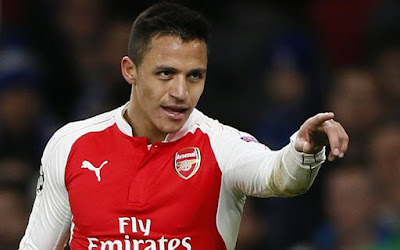 Arsenal forward, Alexis Sanchez may be on his way out of the club after a training session row with Manager, Arsene Wenger.


According to the Mirror UK, the Chile international “is on his way [out] after a series of rows with Arsene Wenger.”

Recall that the French gaffer dropped his top scorer on the bench during Saturday’s defeat at Liverpool but brought him on for the second half with his team 2-0 down.

The newspaper added that the striker “has made it clear he wants to quit,” with French champions Paris Saint-Germain “leading the chase” for his signature.

According to the report, the decision to drop him was taken following “a simmering row after his performance and attitude in the 5-1 Champions League thrashing at Bayern Munich,” with Wenger feeling it would benefit squad harmony.

It claims the forward’s attitude in training has been questioned and “he has become increasingly difficult to manage.”