Audu Maikori will be prosecuted – El-Rufai 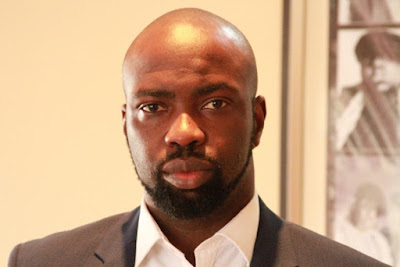 Chocolate City co-founder, Audu Maikori, was recently arrested by the police over a series of tweets he sent to his followers, alleging that some students of the Kaduna State College of Education had been killed by Fulani herdsmen in Southern Kaduna.


He is currently out on bail but Kaduna state Governor, Nasir El-Rufai, speaking at the on-going Social Media Week 2017 on Thursday, said the music mogul will face the full brunt of the law for publishing “fake stories and pictures.”

"We are going to prosecute him. He was arrested. His statement has been taken. He is on bail. He is going to be prosecuted. His fate will be decided by a judge," El-Rufai said.

While insisting that he had no personal grouse against Audu, the governor noted that prosecuting him would serve as a deterrent to people who spread untrue information on social media and would help rein in the scourge of fake news.
He said, "It is not personal. I have nothing against him. In fact, he has worked with the state government in the past. But I'm not going to sit as the governor of Kaduna state and allow anyone to post or tweet anything that leads to loss of lives without consequences."

Audu, El-Rufai said, was informed about the untrue nature of his posts but still doubled down on them.

"He posted fake pictures of Boko Haram attacks, Rwandan genocide, as Southern Kaduna killings. It is totally irresponsible to do that.

"Even when it was pointed out to him that the information was untrue, he still posted that he stood by his story. He questioned the authenticity of the press statement. He was totally and completely irresponsible.”

The music mogul and lawyer was arrested on February 17, by policemen attached to the inspector general's monitoring and intelligence team, over ‘inciting comments’ he made on social media on Southern Kaduna killings.

In a series of tweets on January 23, he alleged that five students of Kaduna State College of Education, Gidan Waya, Kafanchan, were murdered by Fulani herdsmen.

“My driver’s younger brother and five others students of College of Education, Gidan Waya, were ambushed and killed by herdsmen yesterday #SouthernKaduna," he said in one of the tweets.

But the school's management denied that any of its students was killed. Kaduna State also condemned the misinformation and vowed to prosecute rumour peddlers.

Maikori later apologised for the wrong information contained in his tweets, claiming that he was misled by his driver, who himself was an indigene of Southern Kaduna. The driver, he said, was handed over to the police after he (Maikori) decided to further investigate the story to "ensure that all the facts of the case and evidence were presented to the authorities."

"I hereby tender an unreserved and sincere apology to the Management of the College of Education, Gidan Waya, His Excellency the Governor of Kaduna State and the Kaduna State Government, and also to the people of Southern Kaduna and the Fulani community and also VANGUARD newspapers, whose source was my driver, for the false statement by my driver which I also publicized believing same to be true," Maikori said in a statement on February 5.
He was arrested shortly afterwards.

Southern Kaduna, recently for a couple of months, was a scene of bloody conflicts between suspected Fulani herdsmen and indigenes of the area, with scores of the residents killed. The conflicts forced the state government to impose a 24-hour curfew on Zangon Kataf which was only relaxed on February 4 to "6 pm and 6 am".
at 1:30 PM