#BBNaija: Bisola and Tboss go off on each other in an heated argument 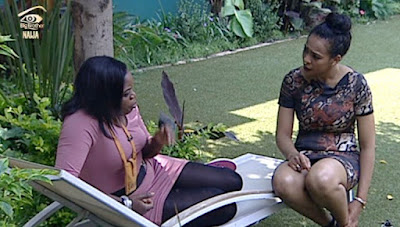 The ongoing Big Brother Naija housemates, Bisola and TBoss who seem to have a very cordial relationship engaged in a heated argument this early this morning.

Some other questions were asked by Tboss while Bisola was still making the dish, this got into a heated argument after Bisola flipped at Tboss for asking too many questions while she was cooking.
at 5:38 PM