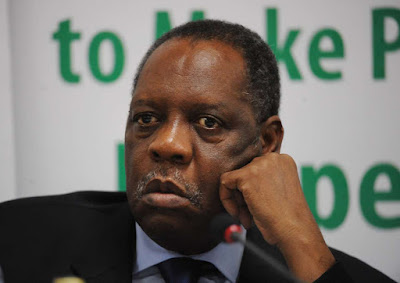 The Federal Government has directed President of the Nigeria Football Federation (NFF), Amaju Pinnick to back Issa Hayatou of Cameroon to be re-elected as the President of the Confederation of African Football, CAF.

An order from on high instructed Amaju to vote for Hayatou, an NFF official said.

A senior Presidency official also corroborated the claim, saying a meeting chaired by Vice-President Yemi Osinbajo ordered Pinnick to vote for Hayatou because of Nigerian ties with Cameroon.

“There is an existing joint relationship between Nigeria and Cameroon and most recently both countries collaborated in the fight against the Boko Haram insurgency,” the NFF official added.

“We can’t afford to jeopardise this relationship.

“Pinnick has therefore been ordered to cast his vote for Hayatou even if every other country failed to do so, as Nigeria does not owe Madagascar anything.”