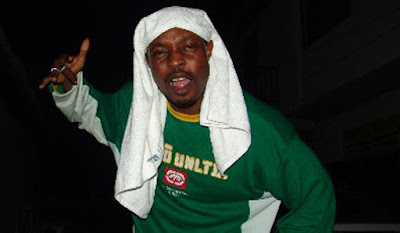 
In an interview with a popular media outfit, Abdulkareem reacted to reports on social media which alleged that Idibia disrespected music legend, Daddy Showkey.

Showkey and Idibia were said to have fixed an appointment to meet at a studio and record a new song together.

However, Idibia failed to show up on the D-day. He also failed to send any message across as to why he could no longer honour the appointment, thereby, causing Showkey to lose money and time.

Eedris, who spoke in pidgin, called 2face ‘mad’, while stating that most of his hits were written by former group mate, Blackface. He added that the iconic singer started a protest he could not finish.

In rather strong words, Eedris said 2face was only good at writing love songs, get young girls pregnant, and had cheated all the good people around him.

He said, “The other day, 2face go dey disrespect Daddy Showkey. You dey mad, you don forget say na Blackface dey write all your hits? Who send you make you go put your hand for protest wey them no call you?…You don forget say what you do basically is love songs and impregnating girls..”
at 11:34 AM